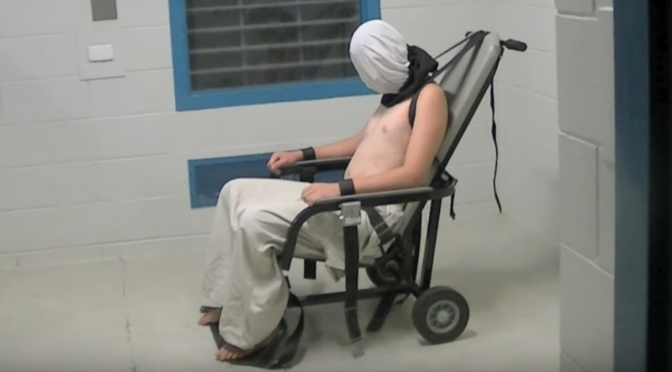 The Australian ABC TV Four Corners program has revealed shocking CCTV images of mostly Aboriginal children being horrendously abused, assaulted and tortured by prison guards in a juvenile detention centre in Australia’s Northern Territory (NT). Australia has been shocked. The Coalition Prime Minister Malcolm Turnbull set up a Royal Commission to investigate the matter but this (a) involves the complicit NT Government, (b) does not address horrendous nation-wide abuse of detained Aboriginal children, and (c) will ignore other massive child abuse within Australia and overseas in which child-abusing Australian Governments are complicit.

In writing this analysis of horrendous child abuse in Australia I am simply one decent Australian citizen without the vast resources of the Australian Federal Government. However it is likely the except for the shocking details revealed by Four Corners and similar abuses against imprisoned children in the NT [1], the rest of a mountain of Australian Government-complicit child abuse as detailed below will be ignored due to the highly restricted terms of reference of the proposed Royal Commission. Thus, for example, a current $500 million Australian Royal Commission into Institutional Responses to Child Sexual Abuse is confined to child abuse in state, religious and other institutions but will ignore a mountain of other child abuse – while it is estimated that up to 40,000 children have been subject to child sexual abuse by Catholic religious personnel in living memory, an estimated 4.4 million Australians adults have been subject to child sexual abuse, notably in the home or by family friends and relatives [2].

Australians are quite rightly upset because the Catholic Church hierarchy failed to act to expose and stop long-term, egregious child sexual abuse of up to about 40,000 Australian children by Catholic Church personnel. However look-the-other-way Australia resolutely ignores 4.4 million Australians adults who have been sexually abused as children, and the avoidable deaths since 9-11 of 27 million Muslims (half being children) in Muslim countries being war criminally violated by the US Alliance of which pro-Zionist, pro-Apartheid Israel, US lackey Australia is a slavish member.