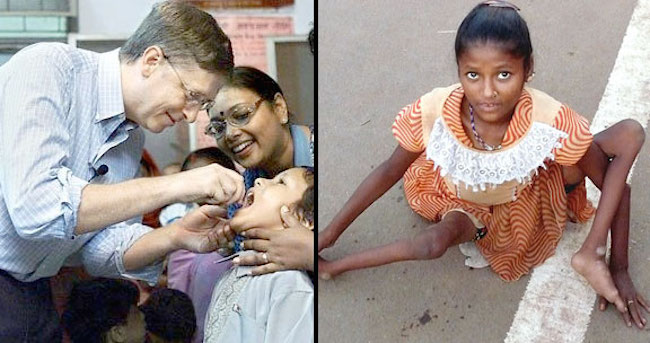 After years of controversy in the United States, the use of oral polio vaccine (OPV) was discontinued in 2000 due to its proven link with vaccine-derived poliovirus (VDPV), and in the UK circa 2004.

The use of an injected and inactivated polio vaccine (IPV) replaced its usage in the Western world, while oral polio vaccine continues to be used in the developing world.

(Truthstream Media.com) At least he certainly OUGHT to have known that oral polio vaccines were discontinued in the U.S. due to their known contribution to vaccine-derived paralysis.

The Bill and Melinda Gates Foundation created the GAVI alliance to push vaccinations on the poorest parts of the developing world in the name of “saving lives” and stopping disease.

In particular, Bill Gates expects to take credit for wiping out polio worldwide by making it one of his primary issues. But at…